The most common method for examining thermal shock resistance involves cyclical heating of a material to a set temperature, fast cooling it with water or compressed air and counting the number of cycles until the material was visually damaged. One of the major disadvantages of this procedure is the lack of information about what is happening with the sample between the different thermal shock cycles. By accurately measuring the elastic properties and damping of the same sample between every thermal shock cycle, we get a clear view of the degradation process of the sample’s mechanical properties due to crack propagation. 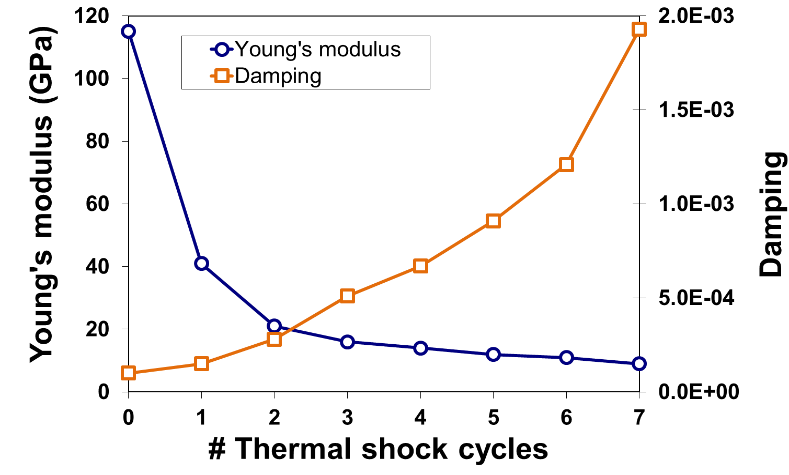